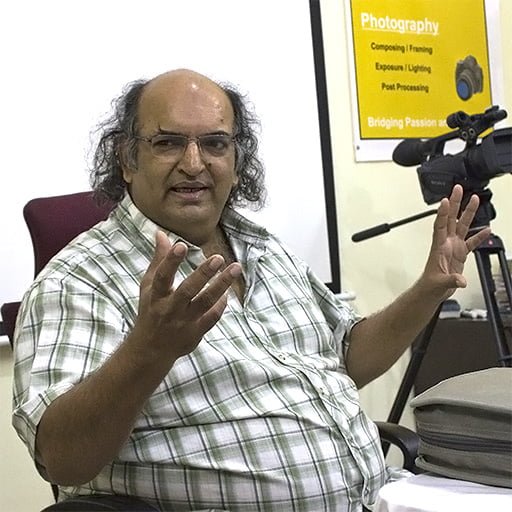 Prashant Desai graduated from the Film & television Institute of India (FTII), Pune in Cinema with specialization in Cinematography in 1982. Since then he has worked in the industry in various capacities in Cinematography, screenplay writing, Production and Direction. He has taught at FTII, Pune and NID, Ahmedabad. He was the HOD (Film & Video) at MIT Institute of Design, Pune and Xavier Institute of Communication, Mumbai. He teaches at SNDT, Mumbai, regularly since 1996. He has also taught at FLAME and MRID (Maharaja Ranjit Singh Gaekwad Institute of Design, Baroda) His Filmmaking workshops are highly appreciated by the participants. He is also a partner at Living Bridge. 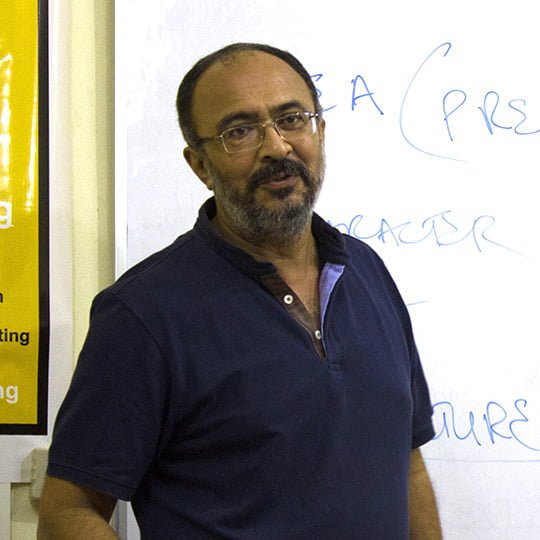 Anjum Rajabali is one of India’s best known screenwriters, with over ten feature film credits including Aarakshan, Raajneeti, The Legend of Bhagat Singh and Ghulam. He wrote his first film Drohkaal in 1992, in collaboration with director Govind Nihalani. He’s mentored writers at many international script labs and has also been a script doctor and consultant to several well-known films. In 2004, he designed the Course in Screenplay Writing at FTII and in 2006 he set up the Screenwriting department at Whistling Woods, Mumbai. Anjum holds a Masters’ Degree in Clinical Psychology from the University of Pune. 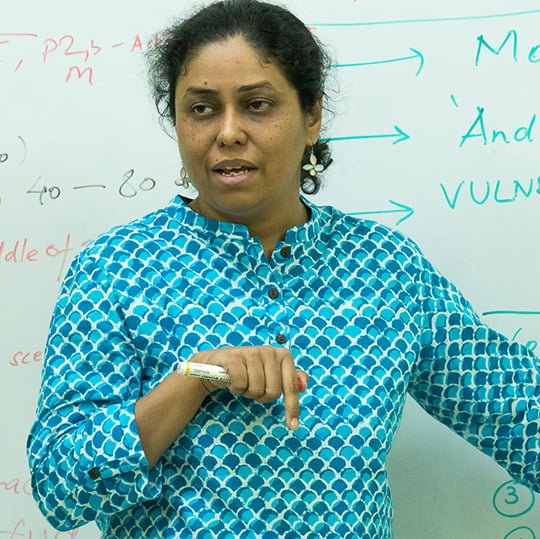 An Engineer by profession, a Writer by occupation Vaidehi Sancheti is an adept and motivating teacher. A self-critical and hardworking Writer; writing is like breathing to her. Films are her passion and Storytelling is her primary vocation. Having studied Screenplay Writing at FTII, Vaidehi loves to encourage more and more people to write. She has been conducting Story Building workshops and Screenplay Writing workshops for new writers. 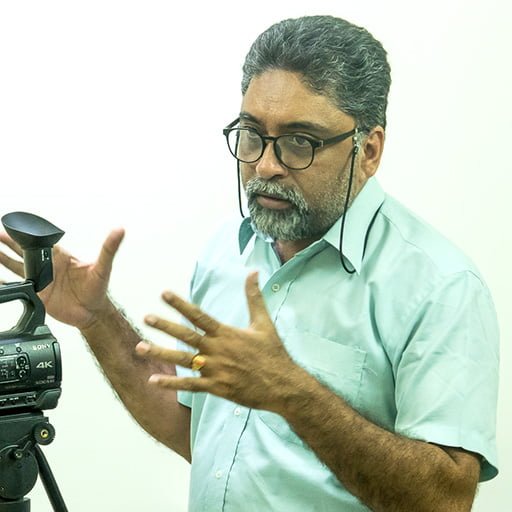 Mahesh Digrajkar started his career working as a mechanical engineer (Osmania University, Hyderabad) for Larson & Tourbo Ltd; but his passion for cinema and photography was too great to subdue. Hence he joined the Film And Television Institute of India, Pune and graduated with specialization in Motion Picture Photography (Cinematography) in 1996. Shortly after moving to Mumbai he made a name for himself in the Ad Film Industry and became a sought after cinematographer and camera man. He has worked on over 300 TV commercials for a vast range of products like skin creams, cold drinks, jewelry, automobiles et al, with renown production houses like White Light, Genesis, Equinox etc. 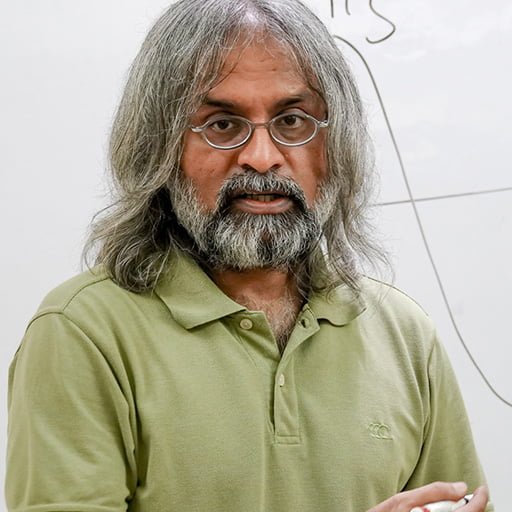 Niraj Voralia graduated from FTII in 1996 with a specialization in film editing and has been working as a freelance editor since then. He has edited more than a dozen feature films. He has also been involved in academics for over a decade, teaching theory as well as the practical aspects of filmmaking and editing in particular at various institutes.
He is a regular Visiting Faculty at the Social Communications Media Department, Sophia Polytechnic, Mumbai and, Digital Academy, Mumbai.
Niraj has also taught at Whistling Woods International,Mumbai. National Institute of Design (NID), Ahmedabad. FTII, Pune. IDC (IIT, Mumbai). He has taken workshops with organizations such as Majlis, Point of View, Filament Pictures, among others. 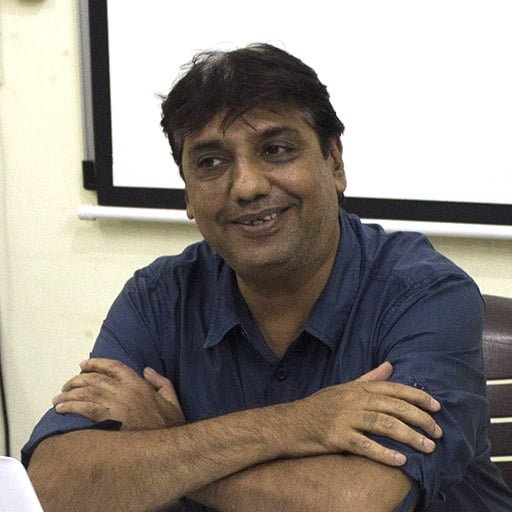 Rajan Mangwaani is extremely talented and technically proficient in the field of digital editing. He is a master of Final Cut Pro (FCP). Rajan has edited and directed numerous ad films and documentaries.His recently edited feature film ‘Dreams Hopes Bollywood’ has won various festival awards. One can view his professional profile at linkedin 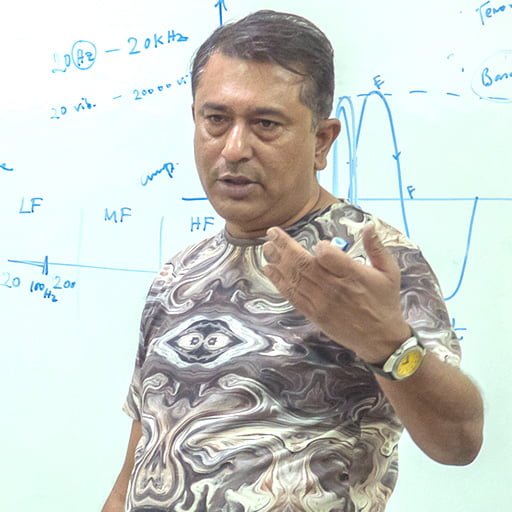 Subhashis Roy graduated from the Film & television Institute of India (FTII) in Cinema with specialization in Film Sound.
Since then he has the experience of working in the Mumbai Film and TV Industry as a Production Sound Mixer and Designer for more than 13 years.
He has worked on several Documentary Films for Various Foreign productions and channels like Channel-4(BBC), Discovery Atlas, PBS(USA and Canada), AARTÈ(French German channel). And worked for various Award Winnig Indian documentary Films. 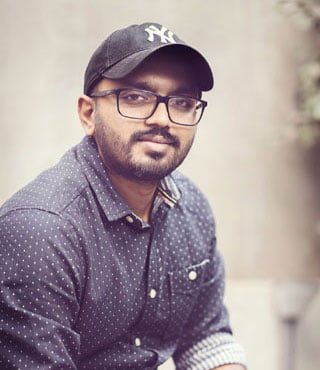 Ritesh Ramaiah is a Fashion & Advertorial Photographer and a Cinematographer. His expertise lies in creating conceptual and client specific campaigns & producing international standards of corporate videos and Commercials. Ritesh Ramaiah learnt photography on the job, assisting renowned photographers, he has spent over a decade honing his craft and still considers constant learning as a part of his chosen profession.
His work has been exhibited in Paris. He is also the recipient of a few awards such as the International Photo Award 2010, 2011, (honorary mention), The Black & White Spider awards (2011).
He has worked with quite a few celebrities and a plethora of clients such as Mercedes-Benz, BharatBenz, Vodafone, Fruit of the loom, Force motors, John Deere, HSBC technologies, Hyundai construction equipment, Tata Technologies, Reiter, Teito, Allstate Insurance, Pancshil Realty, Amar Builders, ABIL and Many more.
He has also shot for feature films under the banner Yash Raj Films, for Director Priyadarshan and Pehlaj Nihalani productions.
Having taught/mentored over 500 students through workshops in art houses and Symbiosis Institute of design, He believes that’s his way of giving back to the society. 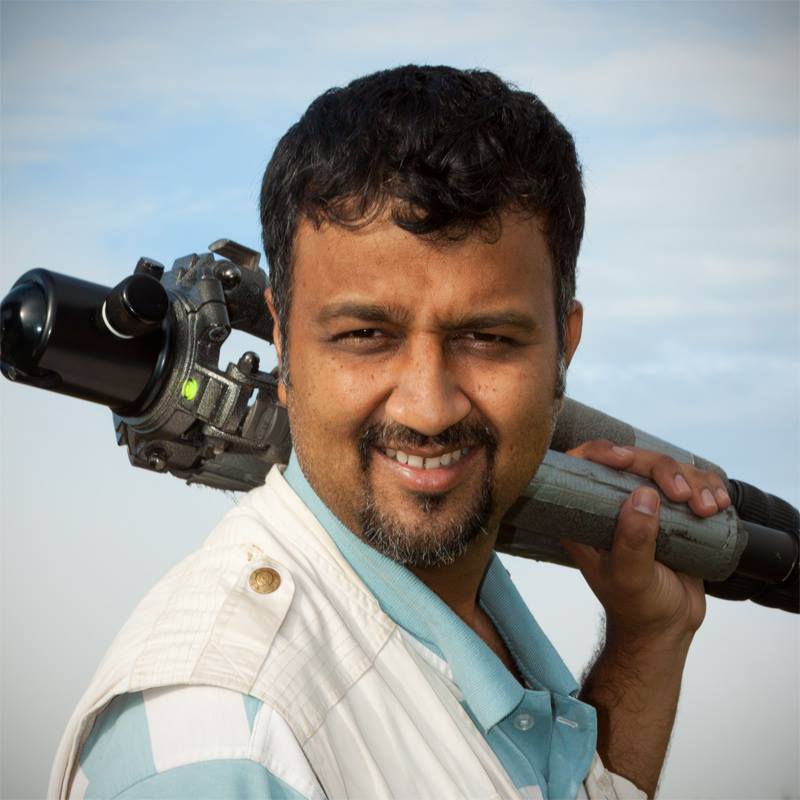 Lalit Deshmukh is a professional fine art photographer situated in Pune, India. Lalit is very passionate about the nature, where he draws much of his inspiration for photography. He enjoys capturing special moments in nature and invoking emotions via the compositions and the light.
Lalit has spent more than 17 years exploring and photographing many location around the world including Western United States, Colorado plateau and coastal India. His current work is much focused on photographing landscapes and culture in the Himalayan range.
Lalit, is a passionate teacher, and has taught more than 1500 students in last five years in India. Most of them now enjoy photography as a hobby. Some of them have accepted this as a career under Lalit’s guidance and continue to grow. 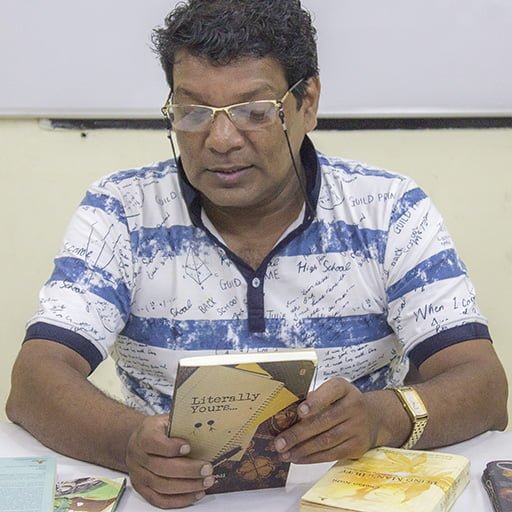 Chetaan Joshii is a Pune based author with a flair for fiction from the absurd to stark raving reality. He abandoned his career in IT after 12 years to take up writing as his primary profession. His penchant for creative experiments has made him write in almost every genre.
His recently published novella ‘Literally Yours’ (Co-authored with Asha Francis) is a tongue-in-cheek tale on the Indian English writing scenario. His earlier graphic book Animal Palette was received very well at the Jaipur Literature Festival 2012 and was nominated for Best Book and Best Writer at Comic Con 2012. His first book Blind Man’s Buff (Nov.2007, Reprint Mar. 2010) has received widespread international literary praise.
CockTale Carnival, his next collection of stories is soon to be published.
He has been trained by the British Council to teach creative writing.
He is a Visiting Faculty for Creative Writing and Screenplay Writing at Symbiosis Institute(SCMC-UG), Seamedu Institute, Indira School Of Mass Communication, SOFT – School Of Fashion Technology and MIT- ISBJ. He Conducts Writing Workshops with the British Library and Living Bridge . 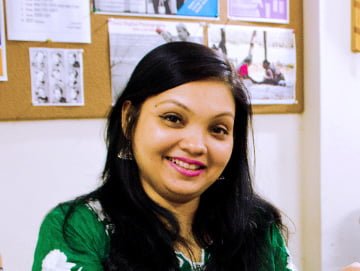 Kalyani Sardesai, having dealt with assorted media houses over the last 17 years, is well acquainted with the difficulties faced by the users of the language. Her academic qualifications include a gold medal in the Bacherlors in Communication and Journalism program of the University of Pune, and an MA in English Literature program ( for which she topped her college), apart from a PG diploma in Advertising and Copywriting. Thus, she is well-equipped to take you through the various nuances of English grammar and communication. A teacher of creative and feature writing, apart from being a script writer, book editor and author, she is passionate about communicating how and why language and its nuances are so important. Above all, she’d like to stress the point that good language skills are not a gift bestowed upon the chosen few; it is completely possible to pick up good grammar and communication skills at any stage of one’s life. 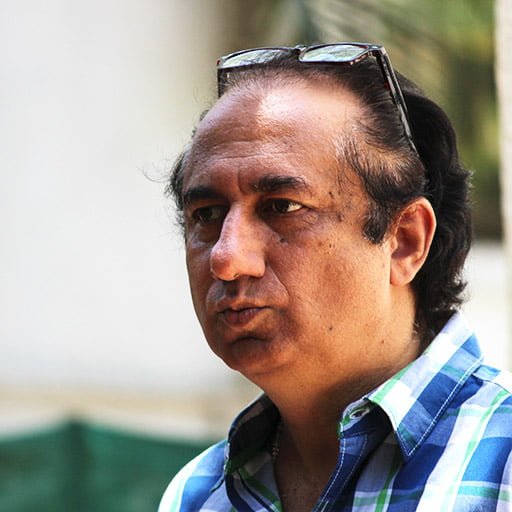