Why Pursue a Career in Screenwriting?

In the last couple of years, we have seen several films being commissioned simply because the scripts were well-crafted. And these films went on to connect with the viewers and garnered box office success – reaffirming the fact that a good script can make a good film! Not surprisingly then, today every producer, every studio is on the lookout for engaging scripts and writers who know screenwriting. This is a sea-change from just about a decade ago when most people didn’t even know what exactly a screenplay was!

However, this new surge in the need for scripts is actually a call for competence. While producers may be eager to offer higher fees and better terms now, none of them will tolerate weak work or ignorant writers. Aspiring screenwriters need to understand that while great ideas and stories are fantastic, they are not enough to make a film. You need to know how to write a screenplay! It hurts to say this but there are just too many people floating around with bagful of concepts and plot-ideas but with no sense of the rhythms and structures of screenwriting.

Do i need Professional Training?

These workshops are a step towards filling that gap. They have been designed for aspirants who wish to enter the field, as well as for those who have already done some initial work in it.

The curriculum covers the entire journey of a script from story-idea to final dialogue draft illustrating the different stages of idea, premise, theme, plot, character, structure, scene construction, and dialogue.

Adapted screenplays have become very popular among production houses and viewers and almost half of the films made today are adapted either from novels, short stories, plays, news articles, or are sequels and re-makes. Participants will learn the transition of stories from narrative fiction to screenplay.

Pitching a script is an art form, and although it can be stressful, it’s something every writer has to perfect before approaching buyers & performers. A pitch is a dramatic verbal summation of a script with emphasis on the main characters, the conflict, and the genre.

Where do ideas come from? What Makes a good Story? Story to Screenplay what does it take? Why Cinema?
The course focuses on elements of screenplay writing. From an idea to a story to a screenplay, the course takes you through the art and craft of cinematic writing domain.
Character or Plot? Who drives the story? Story or Structure what drives the treatment?
Get all your screenwriting questions addressed in a 9 day workshop.

We will also help you construct your first screenplay for a ten-minute short film. 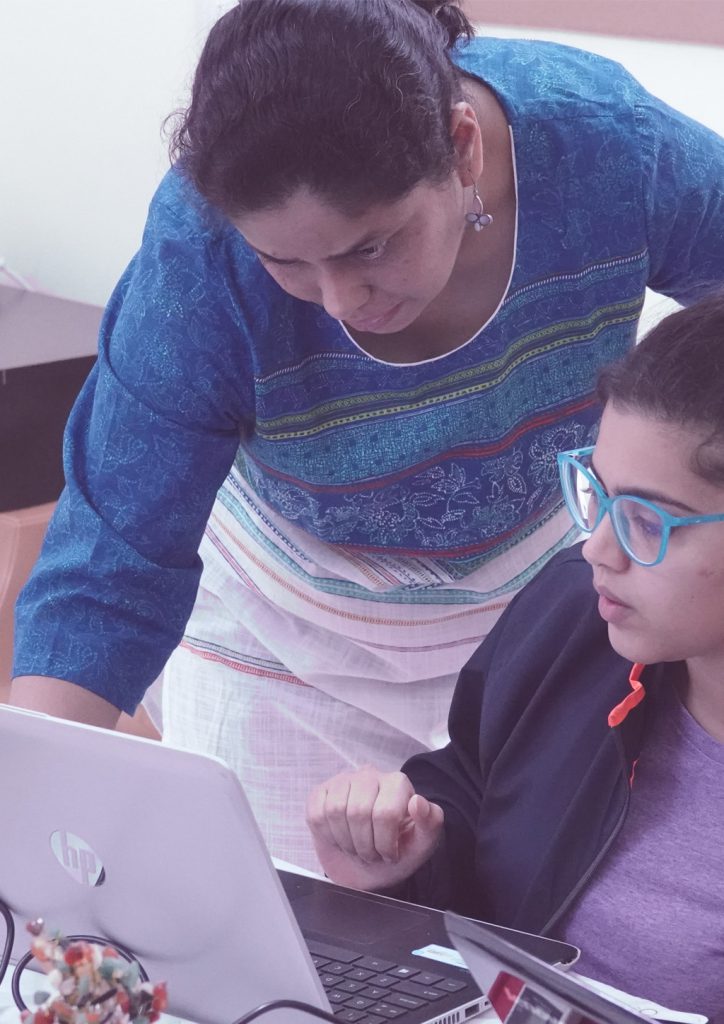 Understand the various elements of Screenplay Writing and their Fundamentals through interactive lectures, screenings, writing exercises and a step by step development of a Story Idea into full Screenplay for a 10-minute short film.

*You will be informed of the exact dates a minimum of 45 days prior to the start of the workshop. If you find the dates unsuitable you may apply for a refund.

Here we are again! Back with our big screenwriting workshop!

The last few years, especially 2018-19, have decisively proved to the film industry and to the audience,
that without a good script – forget a good film – even a successful one is not possible today.
On the other hand, so many ‘small’ films have had extraordinary runs simply because… (Read More)

An Engineer by profession, a Writer by occupation Vaidehi Sancheti is an adept and motivating teacher. A self-critical and hardworking Writer; writing is like breathing to her. Films are her passion and Storytelling is her primary vocation.
Having studied Screenplay Writing at FTII, Vaidehi loves to encourage more and more people to write. She has been conducting Story Building workshops and Screenplay Writing workshops for new writers at institutes like FTII, Living Bridge in Pune, and many more around the country.

Anjum Rajabali is one of India’s best known screenwriters, with over ten feature film credits including Aarakshan, Raajneeti, The Legend of Bhagat Singh and Ghulam. He wrote his first film Drohkaal in 1992, in collaboration with director Govind Nihalani. He’s mentored writers at many international script labs and has also been a script doctor and consultant to several well-known films. In 2004, he designed the Course in Screenplay Writing at FTII and in 2006 he set up the Screenwriting department at Whistling Woods, Mumbai. Anjum holds a Masters’ Degree in Clinical Psychology from the University of Pune.