Menu
₹0.00 Basket
Back To All Workshops

Imagination…the only way to enter the land of stories…It’s open for anyone who can let ideas fly. Learn the magic and the method to create fictional worlds…Encounter characters, situations of your own making…Experience the art of spinning stories and living in them too.

Learning to write is one of the most important skills kids can learn. Creative writing allows kids to express their feelings, ideas, and beliefs. By engaging in more creative writing, your child will develop stronger self-awareness and observation skills. In addition, characterisation enables your child to put themselves in different people’s shoes, which cultivates empathy.

Creative writing entails more than forming one sentence after another. It fosters imagination and inspires children to have fun with writing. By expressing themselves in ways that are creative and compelling, they learn how to win over an audience’s attention.

Please use the name of the participant in the registration form. 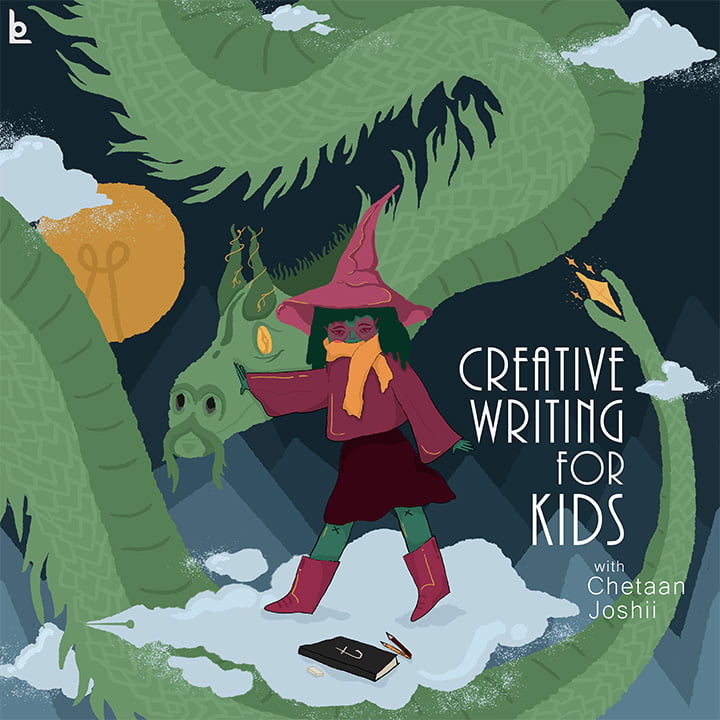 Chetaan Joshii is a Pune based author with a flair for fiction from the absurd to stark raving reality. He abandoned his career in IT after 12 years to take up writing as his primary profession. His penchant for creative experiments has made him write in almost every genre.

His recently published novella ‘Literally Yours’ (Co-authored with Asha Francis) is a tongue-in-cheek tale on the Indian English writing scenario. His earlier graphic book Animal Palette was received very well at the Jaipur Literature Festival 2012 and was nominated for Best Book and Best Writer at Comic Con 2012. His first book Blind Man’s Buff (Nov.2007, Reprint Mar. 2010) has received widespread international literary praise. CockTale Carnival, his next collection of stories is soon to be published.

He has been trained by the British Council to teach creative writing. He is a Visiting Faculty for Creative Writing and Screenplay Writing at Symbiosis Institute(SCMC-UG), Seamedu Institute, Indira School Of Mass Communication, SOFT – School Of Fashion Technology and MIT- ISBJ. He Conducts Writing Workshops with the British Library and Living Bridge .

What people are saying

Leave feedback about this Cancel reply

Whether you are a published or aspiring writer, or simply enjoy writing, this workshop or ‘Writer’s Gym’ will help the writer in you emerge stronger.

A short film appreciation course to Deconstruct, Understand, and Appreciate the Magic of Cinema; while learning about the spectacle, struggles, & power of this Art form.​